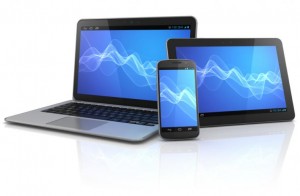 Perhaps you have heard the terms “phone addiction” or “computer addiction” thrown around but do not have an understanding of what they mean or whether or not they matter. After all, can something that everyone owns pose any kind of legitimate problem? As it turns out, they can. Addiction to phones and computers is becoming a widespread phenomenon. On the whole, society has become overly dependent on this recent technology for its convenience and for its entertainment value. This would not matter if communication technology was not reducing our health, damaging our relationships and weakening our ability to focus on responsibilities, but it is.

When computers were first introduced, they had some addictive qualities even prior to the internet. When the internet became a household staple, their addictive appeal increased dramatically. Computers are the most advanced piece of technology that most people own, and our fascination with them is immense. They have incredible processing power for so many functions, including games, task management programs, web surfing, creative programs and many other features that allow their user endless entertainment. A person can become overly reliant on their computer for all the functions it can perform, both productive and entertainment oriented.

Cell phones pose a similar problem. Where as computers are more likely to be stationed at home, where people set aside time for focusing on them, cell phones literally travel with a person everywhere. This makes them very easy to be overly attached to. Some of the reasons we keep cell phones close by us are good reasons, such as to be accessible to our close friends and family in the event of emergencies, but some reasons are not as good, such as constantly browsing social media sites or looking up trending videos. It has been universally determined that this behavior is damaging our social skills, sense of community and understanding of appropriate boundaries. Cell phone and computer use are much healthier when they are strictly moderated. 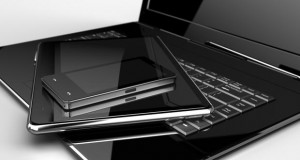 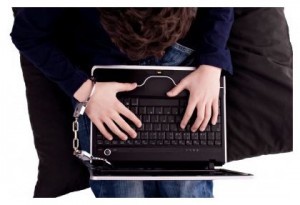 We live in a time of overwhelming access to information. We are steadily barraged by information, whether we want it or not. The world is much more globally connected than it used to be, and we receive information via cell phones, computers, tablets, television, internet and a number of other electronic devices. Some of us make efforts to limit the time we spend interacting with our information and communications technology. Others are controlled by it and have developed an unhealthy dependence on it. This may seem harmless and commonplace, but actually, technology dependence has become a legitimate addiction and inspires unhealthy behavior and thought patterns.

A person addicted to information and communications technology, such as computers, laptops, smart phones and tablets, is overly reliant on their digital devices. They become anxious and irritable when separated from their digital device. They are using it excessively throughout the day with no regard for manners or social considerations. They use their digital device at meal times, on dates, in the middle of conversations, when they wake up and right before they go to sleep. This has negative effects on their relationships, reputation and even their physical health. Social scientists have found a connection between physical deterioration and technology addiction.

It should become a priority to anyone addicted to information and communications technology to curb their dependence. It is a matter of personal wellness and mental health. Any kind of addiction deteriorates your mental health, as well as your physical health if it is allowed to go on indefinitely. An addiction to technology may not seem like an urgent threat, but it does cause problems over time, some of which are very serious. If you are struggling with limiting yourself when it comes to information and communications technology, set personal goals for yourself, write out how you are going to achieve them and do not be ashamed to ask for outside help if you find yourself failing repeatedly. A great many people have overcome a great many addictions and would be more than happy to give you pointers.